According to a report from Diario AS, Atletico Madrid have expressed the desire to sign Emerson Royal. The Spanish giants believe there is a market opportunity to sign the Tottenham Hotspur underperforming full-back, who is coming on the back of a disappointing debut campaign in England. Formerly of Real Betis, Emerson officially joined Barcelona properly last summer to start a new chapter in his career. But his spell at Camp Nou came to an abrupt end when the Blaugrana decided to sanction his sale in the same window, with the 23-year-old defender joining Tottenham Hotspur. 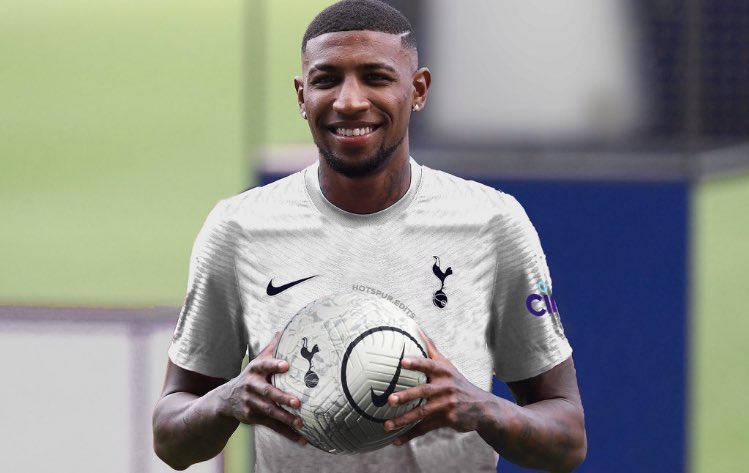 Emerson was brought in to offer competition to Matt Doherty at right-back. But the Brazilian defender endured a disastrous start to his career in north London. The sacking of Nuno Espirito Santo did not change his fortunes much, with new Tottenham coach Antonio Conte also finding it difficult to extract the most out of the full-back. Indeed, Emerson failed to offer the desired output in the final third and could now be offloaded in the summer transfer window. Tottenham are in pole position to sign Djed Spence this summer as part of their attempts to bolster their options in the right wing-back position.


Spence is expected to compete with Doherty for the right wing-back position next season, thus paving the way for Tottenham to sanction the sale of Emerson Royal. The Premier League giants believe the Brazilian can yield a decent transfer revenue, having only signed him last summer. Atletico Madrid are open to the opportunity of snapping him up ahead of the new season. Having lost Kieran Trippier in January, the Spanish giants are desperate for a new right-back this summer. They have targeted a move for Pedro Porro of Sporting CP, but securing the services of the former Manchester City starlet could prove to be expensive.